A BRIEF HISTORY OF PARQUET FLOORING

Way back in 1930, when Cole Porter wrote ‘While the crowds at El Morocco punish the parquet’, the glamorous flooring had already been around for almost 500 years; evolving from a 16th century French château favourite to Jazz Age dance floors without putting a foot wrong. Even a post-WWII passion for fitted carpets didn’t dim parquet’s enduring appeal. It just hid for a few decades. And, if you were lucky, turned up untouched under the underlay in the 1980s. Of course, for the cognoscenti, it never went away: Vogue Living recently published 14 of our favourite Parisian Houses, not many under a century old, all sensationally opulent and almost every one with pristine period parquet somewhere in the mix. 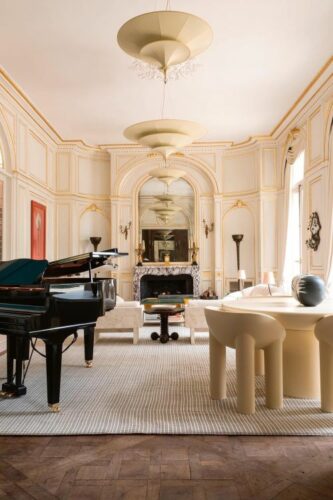 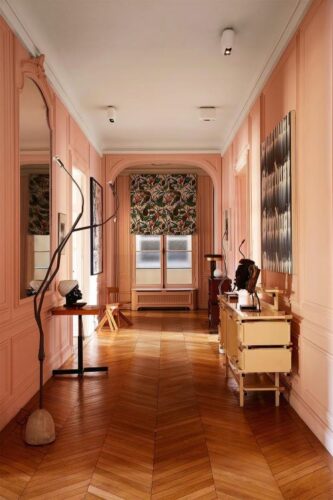 Speaking for ourselves, we won’t deny we’ve always had a bit of a thing for parquet. Its precise geometry alone makes our hearts beat a little faster and don’t get us started on the creative potential. But how does a simple flooring solution become a legend? Dig a little and you discover there’s nothing simple about the history of these floors:

From practical parquet to design icon in 500 years

One of the most famous examples of traditional parquet flooring is the magnificent Galerie des Glace in the Palace of Versailles. Commissioned by Louis XIV in 1678, it’s the floor by which all others are measured and also the origin of the Parquet de Versailles pattern (parquet laid in large, diagonal squares). But in fact, parquetry  originated in France even earlier than the 1600s. 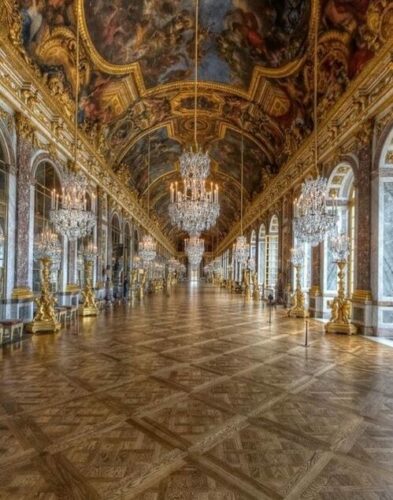 Galerie des Glace in the Palace of Versailles.

The name itself derives from the medieval French word, ‘parchet’, meaning a small, enclosed space or park, and the first floors were actually created as an inexpensive, easy to repair alternative to weighty stone floors in 16th century French châteaux. Versailles might get more visitors (almost nowhere in France gets as many visitors as Versailles) but make your way to Château de Fontainebleau just outside Paris and you get to gaze on Galerie François 1er which is a seemingly endless stretch of chevron parquet, first designed in 1530. Chevron’s probably the earliest of all parquetry patterns. According to legend, it was based on the medieval ‘flame’ embroidery stitch which was a favourite of 13th century Princess Elizabeth of Hungary: probably why chevron’s also known as Point de Hongrie or Hungarian Point. 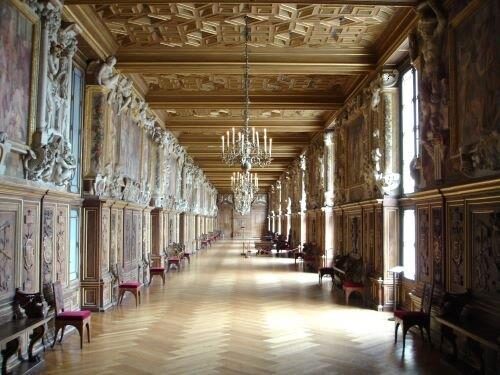 Parquet captivates Europe, one royal palace at a time

Parquet arrived in England from the French Court in the 17th century, courtesy of Queen Henrietta Maria, daughter of Henry IV of France and wife to King Charles I. She had it installed at Somerset House in London under the watchful eye of Inigo Jones and from there – royal influencers being pretty powerful back in the day – parquet started to pop up in palatial settings all over the place. Sadly, the original Somerset House floors have long gone. However, you can still see flawless 17th century parquet at Ham House in Richmond-on-Thames and at Boughton House in Northamptonshire: redesigned by the 1st Duke of Montagu in 1683 as The English Versailles.

By the 1700s, parquet had reached Russia where the aristocracy took it to their hearts, combined it with a love of Rococo excess and produced elaborate and marquetry-rich floors everywhere from Imperial Palaces to St. Petersburg mansions: unsurprisingly, few of these survived the Russian Revolution.

Skipping over the foolishness of fitted carpets, parquet revived in the late 20th century and hasn’t stopped since.

France was luckier. The French aristocracy might have fallen in the late 1700s, but the majority of their grand palaces remained intact. So not only did plenty of original floors survive, there were more than enough templates to inspire new ones in the 19th and early 20th century. Haussmann’s remodelling of Paris between 1853 and 1870 saw a huge resurgence in the parquet trend and almost no elegant Parisian apartment at the time was complete without an acre of gleaming chevron or herringbone floor. Art Deco interior design was another perfect parquet match. And, as we said, inter-war US fell in love with parquet for everything from Jazz Age dance floors to achingly chic New York homes. 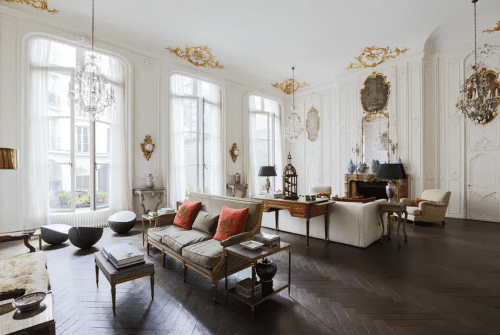 Begin to discover your parquet floor today, by taking a look at our Parquet Collection. Or, simply visit our showrooms and discover the perfect parquet floor for you.

By continuing to browse or use this site, I agree that Strathearn may use cookies and similar technologies to improve its products and services, serve me relevant content and to personalise my experience. Learn more OK