Is underfloor heating a good idea? If you aren’t convinced by even heat distribution, lower energy bills and the decadence of walking around barefoot in the middle of a Scottish winter, how about hearing that the miracle of toasty toes has actually been considered a ‘great idea’ for several thousand years now?

Way back in 5000 BCE, Koreans invented a system of channelling the heat from a burning hearth under the stone floors of their homes. Known as ‘ondol’ (baked stone), what started as fairly simple process was so refined by 3000 BCE it incorporated several fires and, as well as heating floors, provided heat for ovens too. Korean ondol were eventually adopted all over Asia and used, in various forms, right up until the 20th century CE. 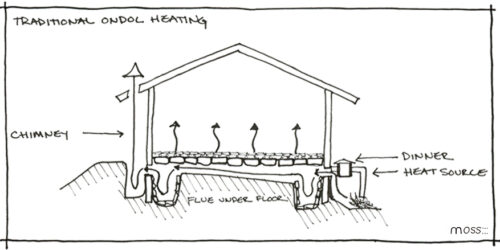 Illustration by Moss at Moss Designs

Hypocausts might be the early underfloor heating systems everyone’s heard of, but truth is, they didn’t turn up until long after ondol. Round about 500 BCE, the Ancient Greeks built many pillared basements to allow warm air to flow freely under the floors above. The Romans later tweaked hypocausts and (like a lot of things) laid absolute claim to their invention by introducing them into villas and baths all over Europe. So, by the early days of the Ottoman Empire (14th century), underfloor heating by hypocaust was one of the most common ways to warm everywhere, from wealthy homes to ridiculously indulgent Hammam. 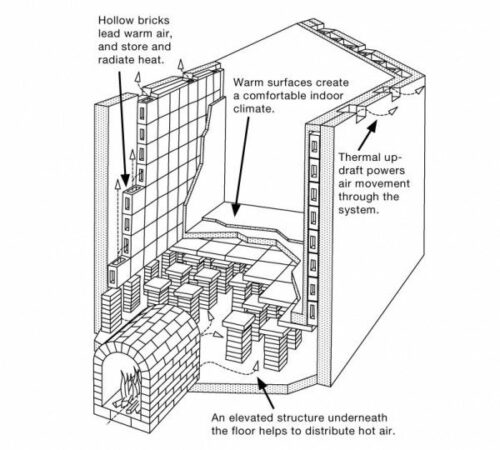 Illustration courtesy of Romans in Britain

Round about the mid 19th century, rudimentary central heating systems using boilers and piped water were debuting across Europe. And, in a neat twist, it was early research into central heating that led to the discovery of polymethylene. Which, although discarded as useless at the time, would go on to become ‘polyethylene’: the basis of pipes used in warmed-water underfloor heating systems from 1965.

In the early 20th century, when major public buildings in the UK were still installing hypocausts, Frank Lloyd Wright was already experimenting with the radiant underfloor heating systems he’d first seen in Japan. The legendary American architect, best known for masterpieces like New York’s Guggenheim Gallery and Fallingwater in Pennsylvania, would go on to incorporate heated floors in his 1930’s Usonian Homes – pioneering prototypes of affordable, easy to build, but well designed houses, intended for mass production. 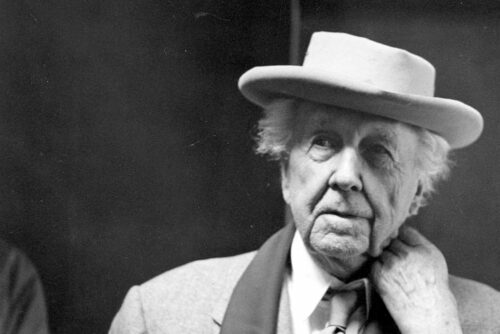 Canada pipes water under our toes

In 1960 the very first underfloor heating using water pipes was installed in Canada. And by the 1980s underfloor heating systems weren’t at all unusual throughout Europe – not least of all because of the advances in polyethylene pipe technology, pioneered by Thomas Engel in 1965.

Welcome to underfloor heating for everyone

Heating regulations and standards were first applied in the UK in the early 1980s. By 2000 water based ondol systems were still widespread in Asia. But electric underfloor heating was becoming more common across Europe. And today, an invention first created in Korea over 7000 years ago is almost as prevalent as central heating in today’s homes – especially as it can now be installed under engineered oak floors, natural stone floors and porcelain and ceramic floors.

Find out more about how underfloor heating came to be one of Strathearn’s many areas of expertise.

By continuing to browse or use this site, I agree that Strathearn may use cookies and similar technologies to improve its products and services, serve me relevant content and to personalise my experience. Learn more OK